The Dream of Flying

The dream of flying is probably as old as mankind itself, even Leonardo da Vinci tried to fulfill this dream - in the 15th century! Meanwhile airplanes have changed the way we live and cut travel time to faraway destinations considerably. But we are still missing the realization of a century- old dream - the personal aircraft! Just step out the door, start the engine and take off... 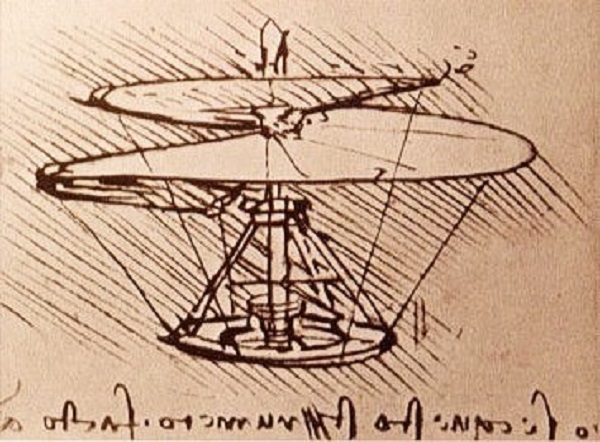 Small planes are not a new invention. But unlike your car you can't use them from home since they cannot take off and land in your garden or at your parking lot. They need the complex infrastructure of an airport. But driving your car to an airport just to enter your airplane, fly to your destination to be forced to get into a car again - this is not really the dream of the freedom of flight.

Therefore the key to success for any personal aircraft is to provide VTOL capabilities: VTOL stands for Vertical TakeOff and Landing and allows to operate an aircraft from (almost) any place like e.g. your garden. To solve this problem, the helicopter was invented. Until today helicopters are by far the most capable VTOL aircraft but quite complex, expensive to maintain and hard to fly. 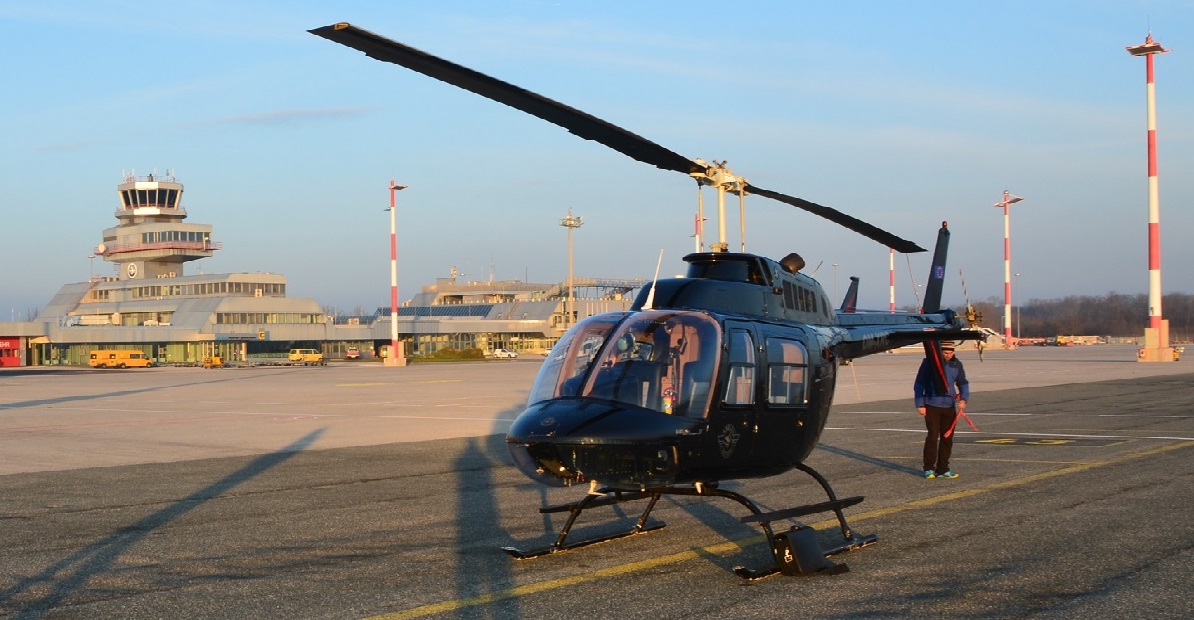 Building a helicopter is almost impossible for nonprofessionals. Luckily a revolution has taken place within the last years: the raise of the electric multicopter. A muticopter is definitely the easiest possible VTOL design, since there are no moving parts at all – except for the propellers of course. Just mount a bunch of fixed pitch props to a frame and the mechanical design is done. The rest is the job of the flight controller.

This little drone is kind of a symbol for the multicopter revolution: Weighing just 23 g costing less than 15€, the H36 is a fully functional small drone that flies stable thanks to an integrated flight controller and can be steered in any direction. 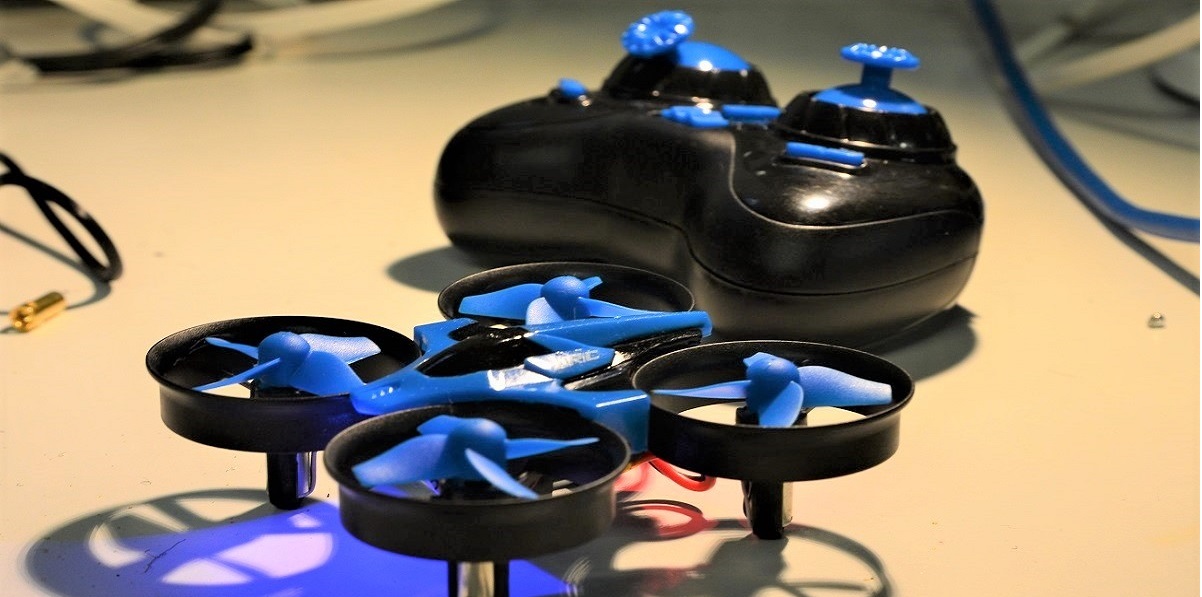 eVTOL - A Revolution In Aviation?

An electric vertical take-off and landing (eVTOL) aircraft is a VTOL variety that uses 100% electric power. In recent years, hundreds of companies dealing with eVTOL technology have emerged around the world: XPeng, Ehang, Archer, Joby Aviation, Jetson and Lilium to name just a few important ones. Billions are currently being invested in the development and certification of eVTOL aircrafts.

So, what is the point of FlyRider?

The idea behind FlyRider is not to revolutionize aviation. Neither the available resources nor the concept of the aircraft suit a commercial use. The idea behind FlyRider is to develop an eVTOL flying device that is as simple as possible that everyone can use build ans use it as their personal aircraft. This website is intended to be a helping guide for anyone who wants to build an eVTOL aircraft.

My plan is to build a 6 motor multicopter (hexacopter) which is capable of lifting a person and let it fly for several minutes. Why a hexacopter? My calculation showed that a Qaudcopter configuration would have resulted in higher costs for motors, ESCs and propellers than a hexcopter configuration.

In hexacopters, three propellers rotate clockwise and two counterclockwise. As a result, the torques transmitted by the propellers to the aircraft cancel each other out. The rotation of the multicopter around the vertical axis (yaw) is achieved by running the left- and right-turning propellers at different speeds. Rotations about the longitudinal axis (roll) or transverse axis (pitch) are achieved by controlling the motors on the other axis differently. The speed of the counterclockwise and clockwise motors must be changed in inverse proportion so that the sum of the torques generated by them remains the same. 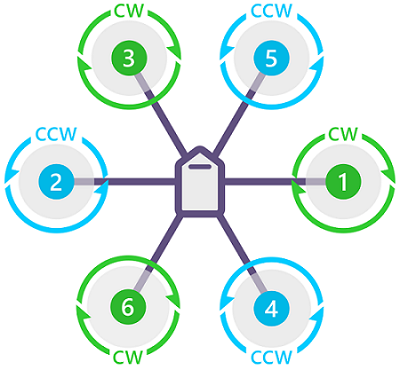 The maximum flight altitude will be limited to 5 meters for safety reasons and to meet German air regulations: any flying machine which is not capable of flying higher than 30 meters is by definition no aircraft and does not fall under air law regulations. Let's be clear: A multicopter is an extremely inefficient flying machine, since lift is generated by the propellers alone. Much more efficient are VTOL concepts which use lift from wings in forward flight, but these are also much harder to build because you have to control the extremely unstable transition from hover to normal flight and back.

The most important principle in the FlyRider concept is K.I.S.S: "Keep it simple, stupid". In this case: simple and cheap. All materials used are available at low cost at the nearest hardware store: basically FlyRider consists of 40mm square aluminum tubes and PVC round tubes. The PVC pipes cost next to nothing. The required motors, propellers, batteries and controllers are definitely not cheap, but can be ordered on the Internet without any problems.

My conviction and my basic principle is that a man-carrying VTOL aircraft cannot be realized at an even lower price than FlyRider! 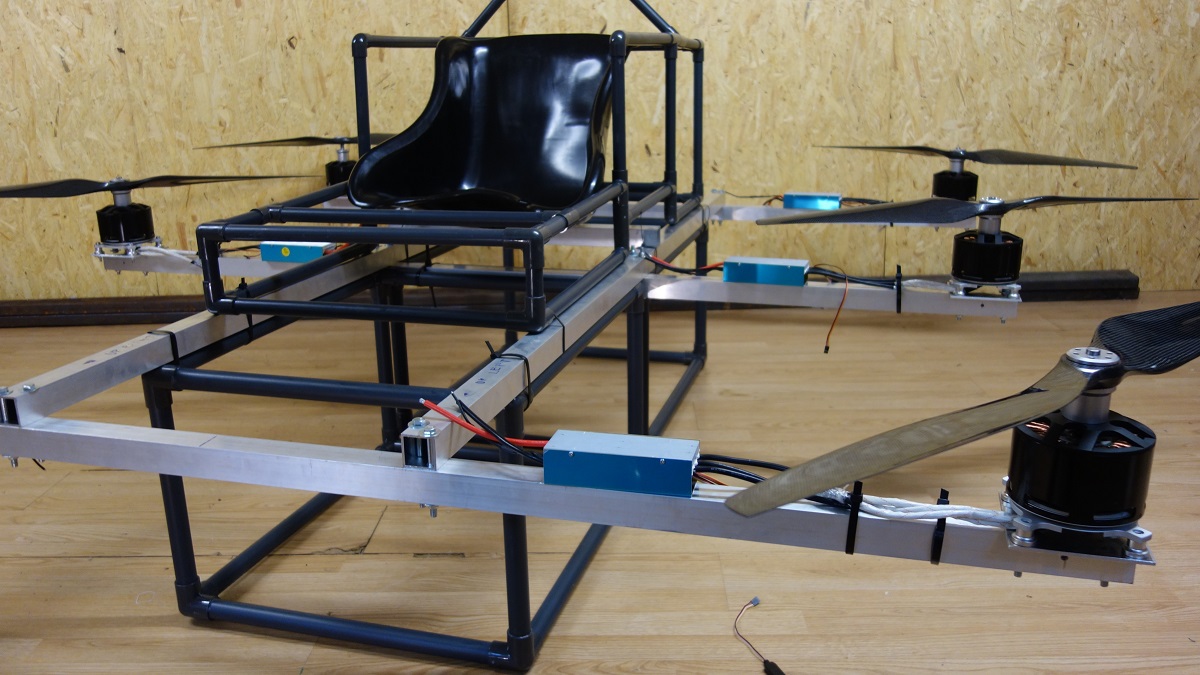 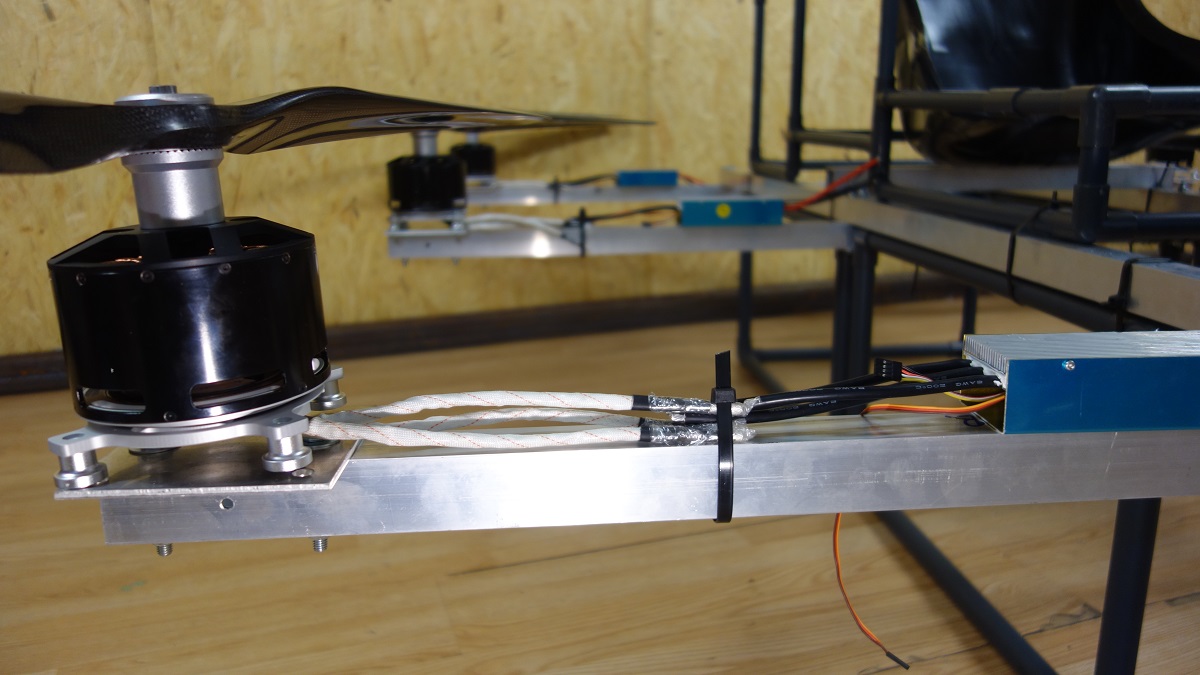